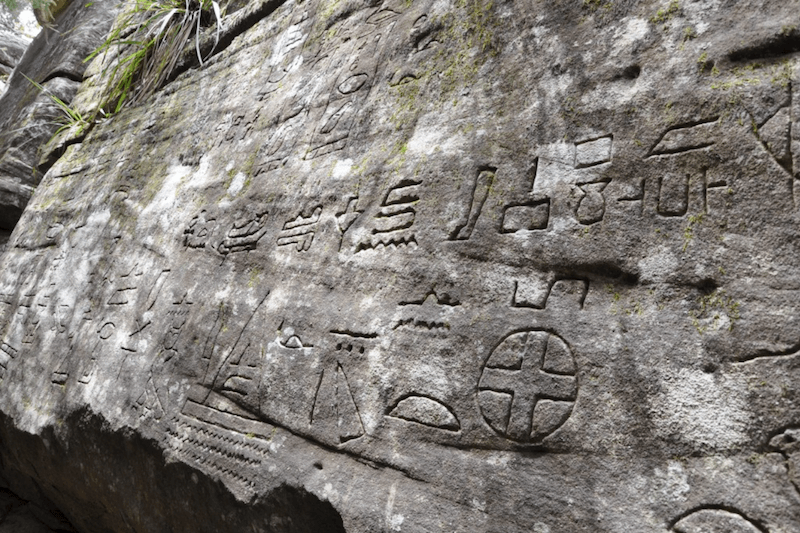 The Gosford glyphs are a group of approximately 300 alleged Egyptian hieroglyphs in an area known for its Aboriginal petroglyphs. They are carved into two parallel sandstone walls about 15 m (49 ft) long. They depict boats, chickens, dogs, owls, stick men, as well as two that appear to be the names of kings, one of them Khufu, the other uncertain. There is also a carving of the ancient Egyptian god Anubis. 1 Although ridiculed by some Egyptologists who claim these enigmatic glyphs outside of Sydney Australia are modern fakes, two Egyptian born and bred masters of hieroglyphics, Yousef Awyan and Mohamed Ibrahim believe that they tell a cohesive story, and that they are ancient. 2 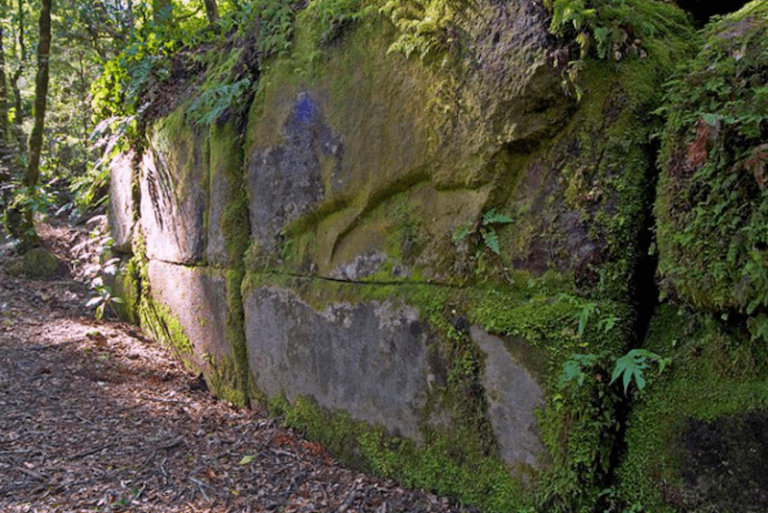 Near Lake Taupo in New Zealand is an enigmatic wall called the Kaimanawa wall. It faces north and consists of smooth, megalithic stone blocks with symmetrical corners. The blocks form perfectly together and are completely flat at the end. They also go upwards and backwards in blocks and levels. Many hypotheses flourish concerning the origins of its stone blocks, in particular, whether the structure is man-made or a unique natural formation. 3 Visiting the sight in 1996, Archeologist and historian Barry Brailsford made the following statement “It’s pre Maori and even pre Waitaha. The people who were here before Maori people as we know them today, the people of Waitaha, the nation of Waitaha. I’ve brought the elders here, we came at 4 o ‘clock in the morning and they came from different parts of New Zealand and they said ‘We know these people but they are way before us.'” 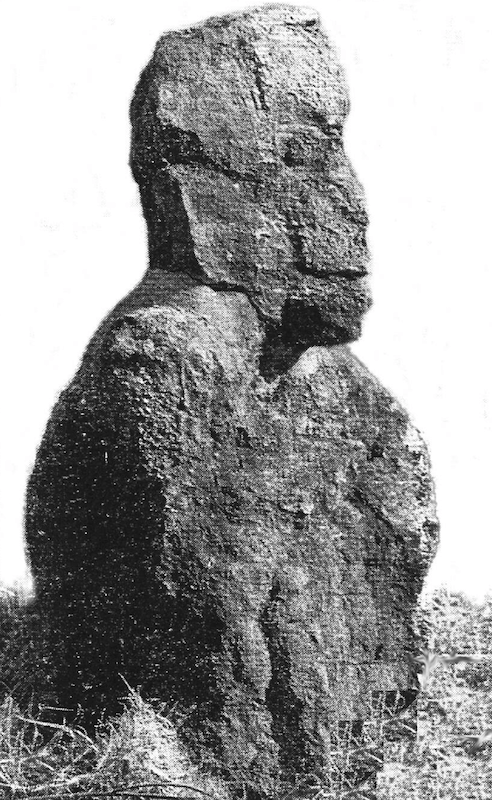 The Gympie Ape is a stone statue that is possibily 3000 years old. The statue was unearthed in 1966 on Dal K. Berrys Wolvi Rd property. The artifact is made of conglomerate iron stone and shows a squatting ape figure. It is believed to represent the Egyptian God “Thoth.” The hieroglyph of a papyrus flower carved between the squatting legs is Thoth’s symbol as the God who invented the art of writing. The statue was discovered near an ancient polygonal wall similar to what can be seen in Peru.

View all posts by Dee Olson