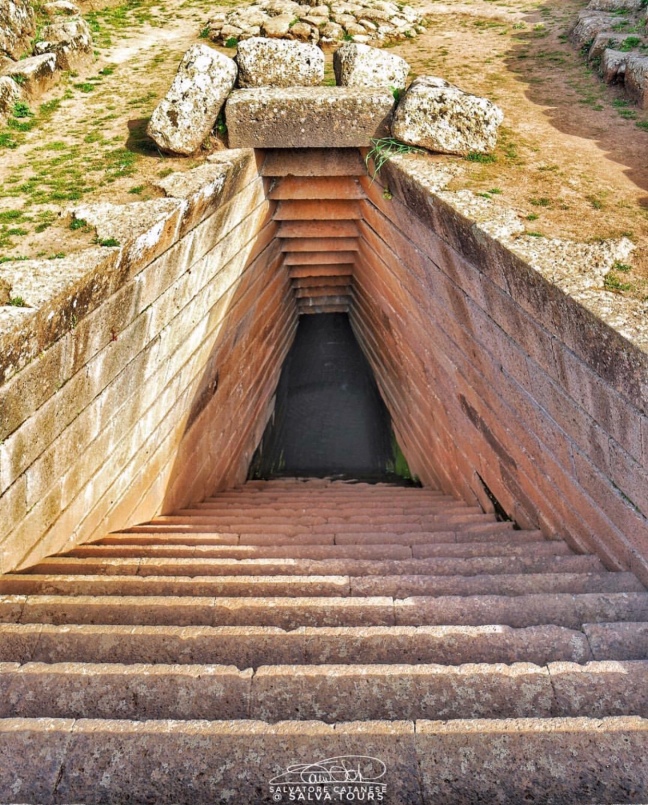 Boasting some of the most breath-taking beaches found on earth, the Italian island of Sardinia is known by most as only a high-end resort vacation destination. However, this 9,305 square mile piece of land holds many ancient secrets known only by the very few. Dotting the island landscape like prehistoric castles can be seen over 800 cyclopean constructed “Nuragi’s,” which legend whispers were built by a race of giants around the time of 2000 B.C. Sardinia also features stone spheres, a pyramid known as the “Monte d’Accoddi” and many massive tombs that oral tradition states were the resting places of giants. As fantastic as all of these ancient structures are, there is one more site on Sardinia that surpasses them all. Named “The Well of Santa Cristina,” in the 1200s due to its proximity to a local church, this stunning trapezoidal subterranean chamber made of volcanic basalt was precision engineered by an ancient civilization possessing some form of lost technology. As you descend into the chamber, the ceiling above appears to be an upside-down staircase that leads down to a circular pool hidden in the darkness. The well was most likely part of a larger labyrinth and probably pre-dates almost every other ancient structure found here. The inferior rough-stone circle surrounding the chamber above ground appears to be added thousands of years later.

Hidden away in the Andes mountains between the much more popular megalithic sites of Saqsaywayman & Machu Picchu lies the lesser known Tarawasi (Tarahuasi) site which features this polygonal mortarless wall - one of the greatest #megalithicmarvels in all of Peru.