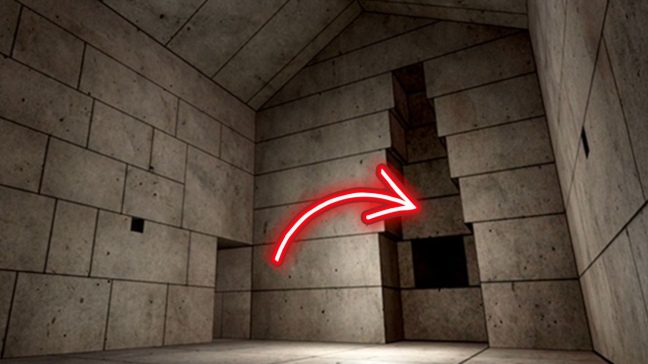 If the Great Pyramid of Giza was once producing energy, was this so called “Queen’s Chamber,” located deep inside of it, used as a power collector of sorts?

Because some of you might be thinking “but I thought the pyramids were built as tombs for the Pharaohs?” I should pause and say that unlike the confirmed Dynastic Egyptian tombs in the Valley of the Kings (8+ hours away from the Giza Pyramids by car) why have no hieroglyphs, mummies, or Dynastic Egyptian artwork depictions ever been found on the bare megalithic walls inside the Great Pyramids? And why has no king mummy ever been discovered inside the so called “King’s Chamber” or no queen mummy discovered in this so called “Queen’s Chamber” of the Great Pyramid?

It seems that this “Queen’s Chamber” was once covered in the same polished white limestone casing stones that the outside was covered in. The top of the pyramid was likely covered in crystal & gold at its tip.

As particles funneled down from the atmosphere toward the earth & through the pyramid, the insulating properties of the pizieectrocal charged white limestone in this “Queen’s Chamber,” might have prevented the electrical particles from returning back into the atmosphere. Connecting to the aquifers below, did they create a concentrated differential of charges between sky & earth? Similar to having a continuous lighting bolt with regulated voltage?

You are invited to join me and renowned researcher and tour guide Mohamed Ibrahim for the adventure of a lifetime – a 12 day expedition to see & touch the world’s greatest super structures on the 2023 Megalithic Marvels of Egypt Tour. Our adventure will culminate with a two hour long private visit inside the Great Pyramid, where we will explore every chamber and passageway! More info HERE